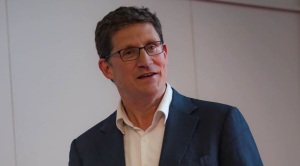 Minister Ryan’s appointment comes on the back of the inclusion of some very progressive sustainable transport commitments in the agreed Programme for Government (PfG), especially in regard to cycling and walking. On funding, the new government has committed to:

This is potentially game-changing when one considers that the spend on cycling in 2018 was just €12.64 million (or less than 2% of the transport budget) – see Cyclist.ie Pre-Budget Submission 2020. It opens up the feasibility of funding high quality cycling infrastructure in all of our cities and towns, and providing greenway infrastructure connecting into the heart of our built-up areas, and schools, sports grounds, shops and other destinations.

The new emphasis on cycling and walking in the PfG comes at a time when the Department of Transport, Tourism and Sport (DTTAS) – as it was called up until a few days ago – is preparing a new Sustainable Mobility Policy (SMP). Cyclist.ie responded to the public consultation on the SMP early in 2020 – see Submissions on New Sustainable Mobility Policy – and we are awaiting the Department’s analysis of the submissions received. It is timely for a new Minister with a low carbon vision of mobility to take office when a new plan is being drafted.

The other point to highlight is the need for the new Minister to create the structures to enable several government departments, a handful of state agencies, and all 31 local authorities (LAs) to be aligned in their policies around walking and cycling promotion. One of the failings in the implementation of the ambitious 2009 National Cycle Policy Framework (NCPF) was the inaction on ensuring good coordination and cooperation between all bodies.

It is essential that Minister Ryan makes sure there is strong alignment between the key departments of Health (Minister Stephen Donnelly), Housing, Local Government and Heritage (Minister Darragh O’Brien), Education (Minister Norma Foley), Social Protection, Community and Rural Development and the Islands (Minister Heather Humphreys), and Children, Disability, Equality and Integration (Minister Roderic O’Gorman) so that a new culture of active travel can emerge, and become part of everyday life in Ireland. Additionally, local authorities are crucial actors because they will be responsible for so much of the change, but their expertise on cycling development varies from strong to weak.

The changes are already underway with COVID-19 prompting local authorities to reallocate space for people on foot and bikes – see for example Dublin City Covid Mobility Programme. This process is being facilitated by funding from the National Transport Authority and by an update to DMURS (the Design Manual for Urban Roads and Streets) entitled Interim Advice Note COVID-19 Pandemic Response.

The opportunity to be seized by the Minister now is to harness the public appetite for change and lead the way in transforming our cities and towns into the healthy, convivial and economically vibrant places they need to be.

We wish the Minister the very best of luck.